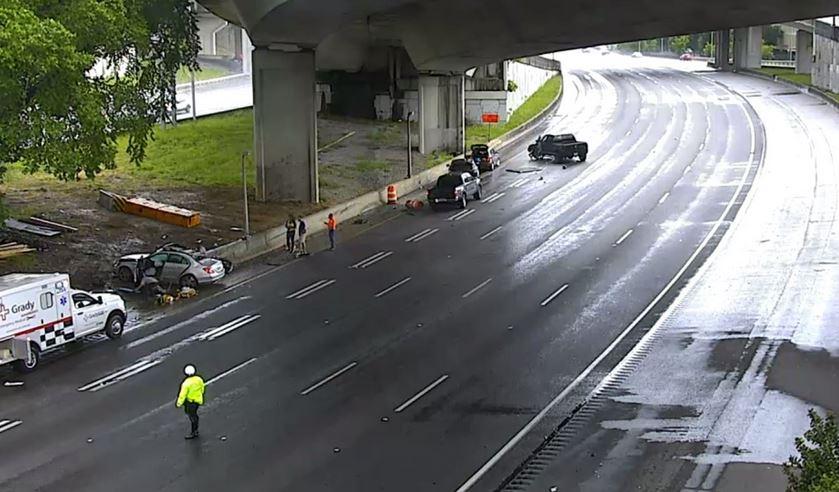 Monday, May 18, 2020 all southbound lanes of the Downtown Connector near I-20 were shut down for about three hours due to a deadly crash. Just before 6 p.m., the driver of a Dodge pickup truck lost control and struck a silver Mercedes sedan, according to the Georgia State Patrol. The Mercedes then hit a concrete wall, entrapping two people inside the wrecked vehicle. The front-seat passenger of the Mercedes sedan, later died at Grady Memorial Hospital, Georgia State Patrol said. However, the two drivers suffered non-life-threatening injuries.