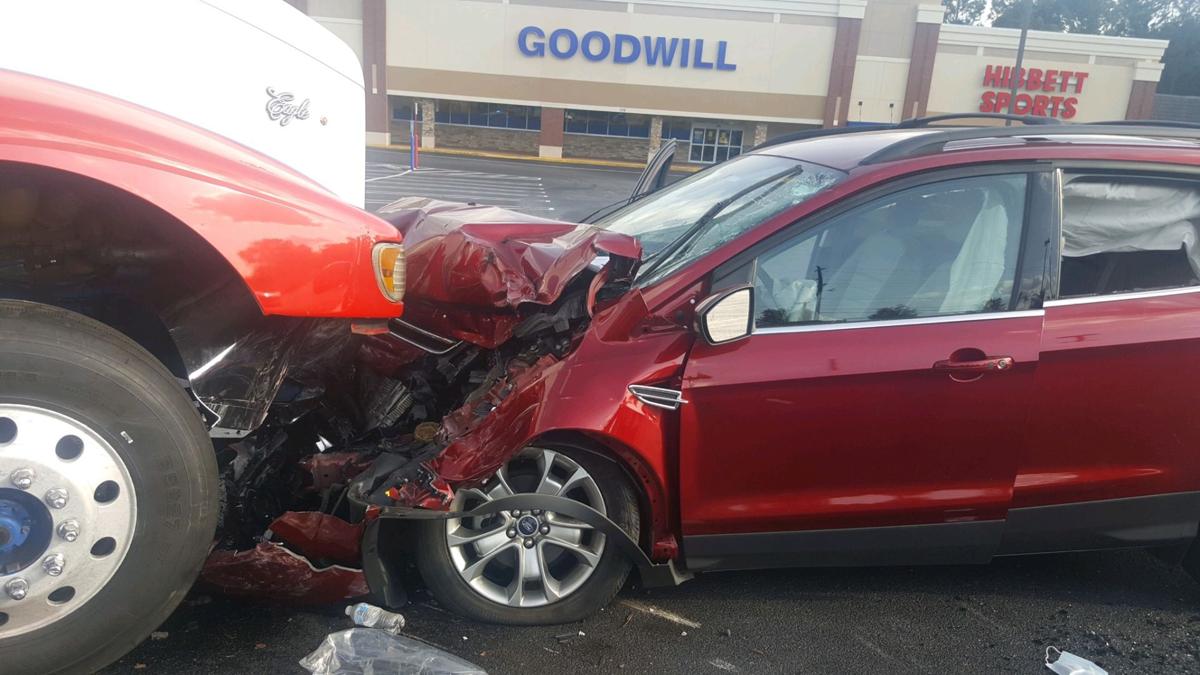 A Mississippi resident faces more than a dozen charges after drunkenly driving a 2013 Hyundai Elantra at 113 mph on I-75 in Cobb County, causing a three-vehicle crash Wednesday, May 13, 2020.

According to Marietta police, the intoxicated 25-year-old male made improper lane changes without signaling, around several other vehicles, and failed to maintain his lane on the highway, causing a multi-vehicle crash that seriously injured both himself and his 25-year-old passenger.

The inebriated driver first struck a 2016 Lexus being driven in the same direction on the interstate by a 30-year-old Kennesaw resident, while trying to change lanes.

“During the lane change the two vehicles collided causing Braggs to lose control of the Hyundai,” Officer Chuck McPhilamy, spokesman for the Marietta Police Department, stated. “The Hyundai struck the median wall before reentering the roadway and striking a tractor-trailer being driven by a 54-year-old…”

The driver and the passenger of the 2013 Hyundai Elantra were both transported to Wellstar Kennestone Hospital in Marietta, police said, where the driver was intubated due to his level of intoxication and unwillingness to cooperate with staff. After they were discharged from the hospital they were both arrested by the  Marietta Police Department.

There is never, ever an excuse for drunk driving. So many innocent people lose their lives because others make an irresponsible choice. These deaths are entirely preventable, and that makes it all the harder to accept. Even for drunk driving victims who manage to survive their accidents, the repercussions can be serious and may last for a long time. When drunk drivers get behind the wheel, they recklessly take strangers’ lives into their own hands, and they ought to be held accountable for doing so. T. Madden & Associates, P.C. will not charge you unless and until we get you money. There is absolutely nothing to lose when you contact us. But strict statutes of limitations do apply to DUI accidents and injuries, so please don’t delay. We care about you and your family. We understand how difficult this time in your life can be, and we want to make it as easy as possible. Let us bear your burdens and fight your battles. Let us take a stand when it matters most.